Sugar-free, low calories, and low carb foods we all know what it is, especially if you are trying to maintain or start a healthy lifestyle. However, there’s one little name that had invaded the supermarket and grocery stores shelves: the gluten.

For years, gluten was never mentioned. The amount of protein, the sugars or the high/low carbs was the first thing healthy-aware fans were looking every time they read the nutrition food table. But now, the tolerant or intolerant gluten people are everywhere! What exactly is it?

Gluten is a cereal grain protein, which means that wheat, barley, and rye, for example, are rich in gluten. Perhaps you might have heard about every other products, not cereal related, containing gluten as well. Hamburgers, soup, eggs or even soup, for example. It all depends on the food confection. Yet, as we were saying, endosperm, a seed’s tissue responsible for make flour, is full of gluten. This protein is also responsible for dough elasticity acting as a glue holding the food together.

Known today as the grain’s devil, Gluten is not a harmless protein for the majority of us. Nevertheless, there are gluten intolerant and gluten sensitive people that avoid to eat and buy gluten-based grains. In summary, Gluten is just a protein that can be hardly digested for some people. That’s it. It’s not the devil, and it’s not harmful, it’s just not proper for some bodies and digestive systems. Regardless of its hype and visibility nowadays, gluten is present in beer, bread, pizza, pasta, crackers, tortillas, granola, and pancakes, for example. Luckily, for gluten intolerants, there is a new and vast market for gluten-free products.

When you are a gluten intolerant, your body cannot break down, easily, the gluten during digestion. Celiac disease, for instance, is a gluten intolerance condition affecting 18 million Americans. Surprisingly, According to the Mayo Clinic, 80 percent of people on gluten-free diets do not have a celiac disease diagnosis, which means two things: people don’t know what gluten is and they are following its hype and fame as a bad thing, or, on the other hand, they have irritable bowel syndrome, which means that they get stomach inflammation, bloating and cramping due to gluten consumption. In both ways, consulting a doctor before investing in a gluten-free diet is the best thing to do.

Some people adopt a gluten-free diet for weight loss. It can work, or not, but as it is associated with carbs (grains), reduce or even eliminate gluten foods can help the body to digest foods better and to lose more weight. Again, this is just in theory. Before doing this, you should contact your doctor. 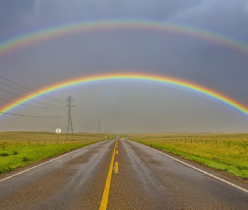 Stress-free By Sleeping Over The Rainbow

Having a healthy lifestyle and be able to respect and treat our body and mind correctly it’s a day to day process we can’t neglect. Commonly, physical concerns only occur… 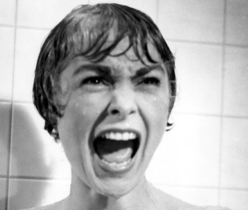 What’s Happening with my Skin?

Best Exercises to Help You Improve Your Running